“Disabilities are not hindrances to achieving greatness, the mind is the greatest asset that cannot be disabled.”

Disability is not an obstacle to success and one such living example is Mr Satyendra Singh Lohiya. Mr Satyendra Singh has made us proud by imprinting his name on many awards such as Tenzing Norgay National Award 2019, Best Sports Person With Disabilities 2019, Vikram Award of M.P. Government 2014. Adding on to the list, he is Limca Book Of Records Holder 2018.

Satyendra comes from a middle-class family. He is handicapped since childhood. His legs are 70% non-functional. But his disability didn’t stop him from doing wonders! His disability never overpowered his determination, hard work and self-belief. He bloomed into a successful swimmer and he registered 25 medals under his name, 7 Nationals and 3 Internationals.

Satyendra says, “ I don’t think that disability should be the reason to stop pursuing our dreams.” Satyendra expressed his willingness to find a cure for his disability and was in a constant search for it. He adds,  “ I was honestly tired of searching for the cure. I visited AIIMS, Hospitals in Jaipur, Udaipur and every other best hospital recommended by people, but I was told that there is no cure to this. I will have to spend the rest of my life as a disabled person. But, I did not lose hope and I had a firm belief that there will be some doctor in the world who will help me with my problem.”

Destiny plays its role, it connects people in magical ways. One such incident was when Satyendra met Dr Parag Sancheti. In 2017, Satyendra came to Pune for his training and he heard about Dr Parag Sancheti and Sancheti Hospital. But, he couldn’t make time to visit because of the tight training schedule. When he visited London, he heard about the orthopedic care and services that Dr Parag and Sancheti Hospital offers. Again in 2018, Satyendra came to Pune and took time to visit Dr Parag Sancheti. Dr Parag and his team assessed Satyendra’s case and gave him a ray of hope that his condition can be cured. Satyendra says, “Dr Parag is a very kindhearted and polite person. He helped me believe in myself again. Sir’s kind words restored my belief that my condition was curable and I was sure that only Parag Sir was going to help me .”

After returning from his relay match in June 2018, he immediately visited Sancheti Hospital in 2018. He met Dr Parag Sancheti and was suggested surgery. Satyendra has his firm belief in Dr Parag and he got operated on on 18th January 2019 for his left leg. Satyendra surgery was a great success! He couldn’t believe his eyes. He says, “ I am awestruck with the success of the surgery. I was the person who could merely crawl on the ground. My left leg was stuck and after the operation it is flexible. Now I can walk on my leg straight.”

Satyendra adds that the surgery helped him a lot during his swimming matches. During swimming, the water-resistance he used to get because of the curvatures has now resolved. He was very happy with the surgery and underwent a 36 km-long swimming relay. He thanked Dr. Parag for his successful surgery that made long swimming run possible. He won many awards like Norgay Award and National Awards in 2019 after his surgery.

Satyendra with his firm belief in Sancheti Hospital again visited Dr Parag for the treatment of his right leg. He is waiting for his surgery date and believes in Dr Parag’s treatment. He wishes to stand on both his feet. He is really thankful to Dr Parag, his team and Sancheti Hospital. Lastly, he says, “ Doctors are considered next to God and there is no denial to this. I believe in it after meeting Dr Parag. If there is a doctor and a hospital who gives a second life to a disabled person like me, I consider them no less than God.”

0 comments on “Disability Is Not An Obstacle To Success” 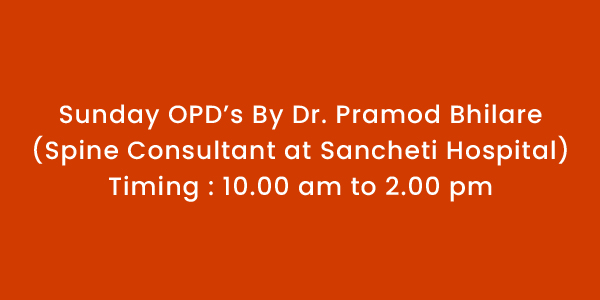